What’s a Dub Sack? What’s a Dime Bag? How much is an eighth of weed?

Do these weed measurement questions have you constantly scratching your head? DHO has some answers for you via an infographic. 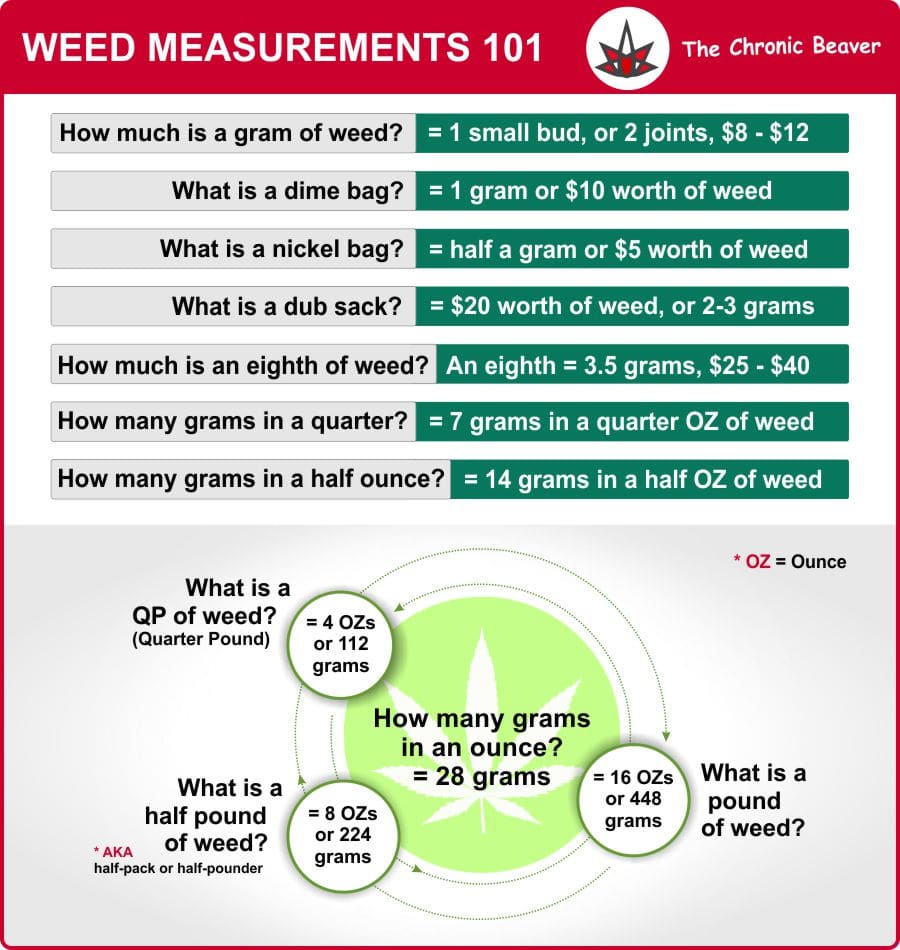 Provided by The Chronic Beaver

Here are some explanations for common weed slang used in Canada

What is a dime bag?

You may have heard of this slang term before the days of legalization on the streets or during a session with your friends. A dime bag is equal to one gram of weed in most cases. Alternatively, a dime bag could be $10 worth of weed that might not necessarily be 1 gram, it depends on the quality of weed, for example, you might get less than a gram if it’s AAAA BC bud.

What is a nickel bag?

The same principle applies to the nickel bag as to the dime bag. A nickel bag is half a gram of weed or $5 worth of weed. Some brick & mortar dispensaries still sell nickel bags that contain bottom of the bag smaller nugs and shake that’s harder to sell, making it a win-win option for value-minded shoppers and dispensary business owners alike.

What is a dub sack?

A dub sack is commonly referred to as being $20 worth of weed, it’s not a very common term used in Canada anymore. The term “dub” was originally coined in the USA to describe 20-inch rims. Again, the amount of weed you get varies depending on the quality, you’ll probably get anywhere from 1-3 grams.

See the complete weed measurements breakdown on The Chronic Beaver.

Orders received before 1pm EST will be shipped that day. Orders after 1pm EST are shipped the following business day. Tracking information will be sent via E-mail by 10:00 P.M. EST| Free T- Shirt for orders of $450 Or more while supplies last! (Specify Size & Preference in Order notes) Thanks for Choosing DHO! Contact us - dhomedicinal@dhomedicinal.biz Dismiss

We'll send you an email every so often about our new strains, concentrates, promos, and coupons.